The day the music died, it rose again!

It was an incredible time for music. Prog rock was crashing and drowning in a deluge of new sounds. The 70s struggled to maintain the glamour of the 60s but economics bit deep with a three-day week and rubbish piling in the streets.

It was hard times and the youth got disillusioned in the dead end of tawdry English towns with nothing to offer and nothing to do there. The music became harsh and raw. Psychedelia bit the dust. All the flowers got ripped up. Punk Rock burst in with the Sex Pistols, the Damned, the Clash…London was calling the tune. The times rocked with a gritty new sound. The Pistols’ Never Mind the Bollocks was a startling and searing fuck-you to the establishment, ‘God save the Queen, she ain’t no human being…’

However, Punk soon got submerged in the New Wave of more polished material from the likes of The Police, Elvis Costello and many other exciting new acts, which were like a breath of fresh air after years of Yes and Pink Floyd! Those old bands had bored young people to death with their irrelevant meanderings. Of course, when we got older we began to love bands like Pink Floyd again.

The 80s rolled on with a synth-driven sound – Pet Shop Boys, Spandau Ballet, Tears for Fear etc – and some claimed the guitar had died. It never did, of course. The 90s ushered in Oasis, Blur, Suede and other bands with the guitar at the forefront of the sound. And there were players like Johnny Marr and Paul Weller who conjured fresh new grooves from the instrument. Weller was of course the front man of The Jam, a band that had blazed a trail of glory in the wreckage of Punk at the end of the 70s with fantastic songs such as David Watts and A Town Called Malice. Weller’s sound had matured by the 90s and one of that decades best albums was Stanley Road.

Back in the Day is a cycle of songs of nostalgic retrospect, tipping the hat to songwriters like Weller. The album has a common theme of London, where I grew up in the 70s. The sound can be reminiscent of Squeeze in Mandies & Blues for instance, or ‘Richard Ashcroft at his best’ on Little Bird, and perhaps a bit of the Clash on the title track Back in the Day. Mix in there older influences such the Beatles and the Rolling Stones. Nevertheless, one critic wrote: ‘Stevee has his own voice, great lyrical skills, strong songwriting and a warm dynamic production.’ Nice one! Thanks!

I am an advocate of real instruments & musicians all playing together at the same time. All the songs were recorded with my typical modus operandi – the drums, bass and guitars are recorded live and then there are a few overdubs before mixing. I love to record this way because I believe it gives things a better feel.

Back in the Day is available at bandcamp.com (also available on Apple, Amazon and blah blah). I believe Bandcamp is the best choice for independent artists. You have complete control there unlike the aforementioned conglomerates. I like the fact that you can set whatever price you like for your material. I favour a pay-what-you-like system. It seems fairer to me. So if you’re skint you can have the album for nothing, and if you’re feeling generous you can pay a few quid. A fan paid $30 for Back in the Day yesterday. Thank you kindly, sir.

Check out Back in the Day at bandcamp. I hope you like it, and if you do you can pay what you like. How’s that for a square deal!?

Congratulations to Saboteurs, rockers from the East Midlands, and their superbly energetic blend of indie rock

It’s a pleasure to welcome Saboteurs to the coveted rank of Musicoin Artist of the Week, recognition of outstanding talent and voted for by the Musicoin community. Each week, three artists go into the hat, and so spare a thought for Paranoia (Techno) and Allan Piter (Pop), worthy and excellent runners-up.

It’s always nice to let the band tell their story and so here’s Saboteur’s:

“Struggling with mundane life in an East Midlands market town… Bottling it all up and ready to explode…The quiet ones are the worst they say but there’s nothing quiet about Saboteurs’ outpouring of pent-up emotions.

The band’s 2018 debut EP attracted a growing fan-base and recognition by BBC Introducing, Richer Sound’s Artist of the Week and as finalists in Radio Wigwam’s Rock Act of the Year.

From the gothic post-punk splendour and dark, foreboding rock of ‘Nobody Knows Me Like You’ , to the haunting slow-burn of ‘Coraline’ , Saboteurs manage somehow to transcend genres. The juxtaposition stems from the contrasting styles of songwriters Ben Ellis (vocals/guitars) and Rick Whitehead (guitars/vocals). ‘We just can’t do trends. We end up chucking in elements from all manner of genres and smashing them together’.

With influences as diverse as New Model Army, Biffy Clyro, Neil Young and Thrice, Saboteurs’ debut album, ‘Dance With The Hunted’, is due for release on 4 May 2019.

And with a new rhythm section in place – Pete Botterill (drums) and Geoff Standeven (bass) – and Kirsty Marlog on backing vocals, the band will be hitting the road again with live dates across the UK.”

Stream Saboteurs tracks free at Musicoin and on the Musicoin Mobile App, available from the app stores. 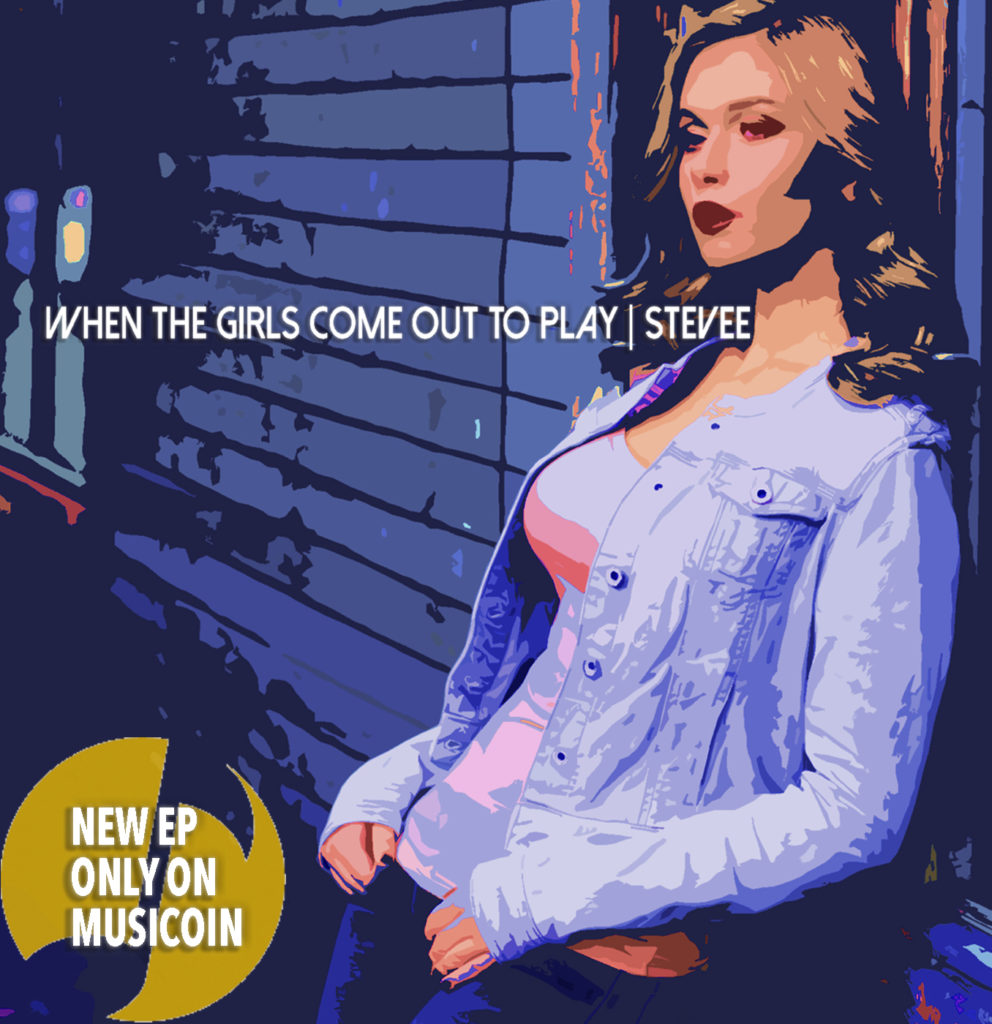 STEVEE aka Steve Elliott was born in London into a family of professional classical musicians. At the age of six, The Beatles made a huge impression and any thoughts of following a classical path went out of the window. The Rolling Stones, The Who, The Kinks, Jimi Hendrix and of course the Fab Four provided the soundtrack of his life. Steve hankered for a guitar and at the age of 10 his father bought him a Spanish guitar on the understanding that he study classical guitar. Some time later Telecasters and steel string acoustics took over.

Steve started writing songs at the age of 14 and the business of writing them continues to fascinate him. His songs have been published by EMI. The perfect pop song – ‘3 minutes of magic,’ that’s what it’s all about! STEVEE’s latest release is an EP of four songs, an eclectic mix – a little bit rock, a little bit jazzy, a little bit pop.

Steve writes both music and lyrics and often collaborates with other songwriters. He is now based in Moscow, working with Anton Khabibulin, a fantastic guitar player, arranger and producer, plus the Horsepower band with iawesome rhythm section of drummer Peter Ivshin and bassist Sergey Geyer. You will often find them hanging out at Mars Records in Moscow, working with their favourite engineer and mix man, Nik Lukjanovs, whose wife Ruzanna Lukjanova provides gorgeous backing vocals to STEVEE tracks.

From London to Moscow… with love and beautiful songs.